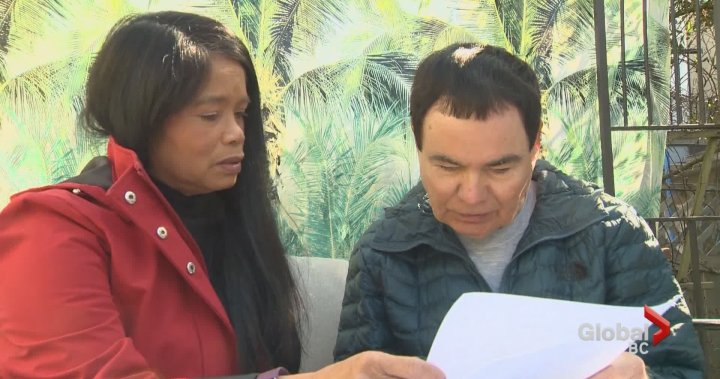 TD bank is apologizing to a customer after a portion of her fraud claim was denied because it wasn’t received within the required time period to investigate.

Between August 2020 and January 2021, Era Portner fell victim to several unauthorized DoorDash charges to her debit card. “I was surprised because I never order online,” said Portner.

The Vancouver resident who’s been a faithful TD customer since 1992 doesn’t online bank, preferring to visit her branch to do her banking.  However, because of pandemic restrictions, Portner says her bank wouldn’t update her monthly statements in person. “They said we are not allowed to update because of the COVID virus,” said Portner.

2:46
Consumer Matters: What to do about growing consumer debt

Consumer Matters: What to do about growing consumer debt

It wasn’t until this past January, Portner says she finally received a record of her bank statement in the mail.

That’s when Portner says she discovered $2,382.16 in fraudulent debit charges, the majority from DoorDash.  Portner’s husband says he reported the fraud to TD immediately. “There was one particular day when there were two charges totaling over $800 and there was no red flag from the bank,” said Willi Portner.

Willi Portner says TD’s fraud department was helpful at first but was later told some unsettling news by the TD representative. “He told us they cannot reimburse anything beyond 90 days,” said Portner.

While the majority of the fraudulent debit card transactions were reimbursed, Era Portner was still out $566.49.

Read more:
More than 50% of British Columbians are $200 per month away from financial insolvency: survey

She also received a formal letter this past March from TD stating:  “Our investigation is complete and, regrettably, your claim has been declined as we did not receive it within the required time period, which is detailed in your product agreement with us. – TD Canada Trust.”

Portner’s husband says there shouldn’t be a time limit when it comes to investigating fraud. “If someone breaks into your car or into your house and steals something from you is there a time limit to report it to police?” said Portner.

Consumer Matters reached out to TD Canada Trust on behalf of Era Portner.  TD called her the next day and reimbursed her $566.49. In a statement TD telling Consumer Matters:

“We are sorry to hear about Ms. Portner’s experience. We have reached out to resolve the matter with her and apologize for any added stress or inconvenience this may have caused.

Over an isolated period, a small percentage of TD Visa Debit cardholders experienced fraudulent activity incurring unauthorized charges from this merchant. We resolved this specific issue with the merchant and facilitated reimbursements for our customers.” – TD Canada Trust

Read more:
How a B.C. airline passenger refused a travel voucher on a cancelled flight and got her money back

How this type of debit card fraud happened in the first place is unclear, DoorDash telling Consumer Matters:

“We are aware of a small percentage of fraudulent charges for cardholders of a single financial institution and have addressed and resolved the issue with that institution. We worked closely with the bank to help support and facilitate reimbursements.” – DoorDash.

Era Portner has since signed up for online banking.