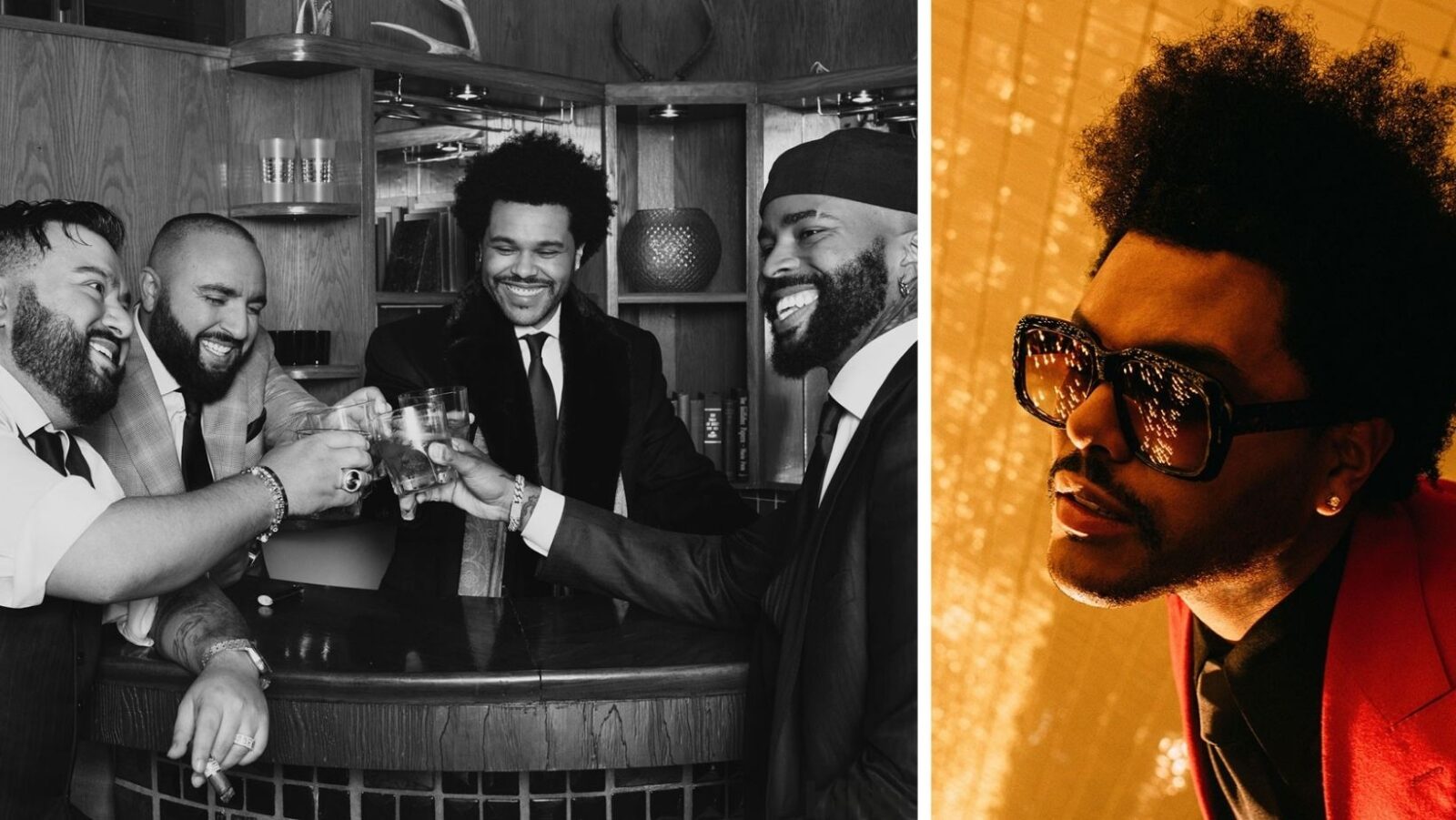 With over 100 awards, 3 billion streams and title of Superbowl headliner under his belt, The Weeknd is an undisputed musical force. Chances are, however, you’d never know his name if not for his three besties.

Long before he was The Weeknd, La Mar Taylor knew him as goofy high school classmate Abel Tesfaye.

“I was wearing a pink polo and he had a baby blue du-rag on. We were just cracking jokes at each other”

Yet through shared friendship and dreams, they’d overcome their rocky start. Taylor would develop his photography and Tesfaye his musical gifts.

Looking back, Taylor tells Complex that the struggles were a blessing in disguise.

“That experience really shaped us, inspired us, and gave us everything we needed to start working on our first project.”

That ‘first project’ would be the massive ‘House of Balloons’ mixtape that sparked the Weeknd to stardom.

As creative director, Taylor plays a key role in branding, music videos and, according to the Weeknd, “La Mar keeps me on track.”

Fleeing the civil war in Lebanon, Slaiby settled in Ottawa, Canada where along with Ahmad Balshe (better known as rap artist ‘Belly’), he built a successful music label.

None of his extensive experiences could have prepared him for meeting a then-19-year-old Weeknd. “He’s the best of his generation and has a vision like no one I’ve ever seen,” Slaiby remembers.

More than vision, they immediately shared a familial bond. “Remember, I’m older than him, so I’ve always looked at him as a younger brother.”

The feeling was very mutual.

“If Sal doesn’t know something, he’ll say so and find a way to learn. Plus, he’s very family-oriented and I’m like that, and I trust him like a family member”

As co-manager, Slaiby closely advises The Weeknd and was his biggest advocate during last year’s “disrespectful” Grammy snub.

Through thick and thin, it has been brotherhood over the business. Like when the Weekend flew his entire band and production team to perform at Slaiby’s wedding to “put on his best show ever.”

“It meant the world to me.”

It starts an improbable friendship and winning business partnership.

“Sal and I are just so completely different but that’s what makes us great,” Cash tells Complex. “We just kind of complete each other.”

Something they do have in common: Being struck by the Weeknd’s talent.

One listen and Esmailian knew he’d “change the sound, change the world of music,” he told Complex.

His instincts were confirmed when the two met at a club.

“This kid is ahead of his time,” Esmailian remembers thinking. “I knew it right away.”

With that, Esmalian joined the Weeknd as “the manager, the road manager, security and the driver.” He proved to be heaven-sent.

“La Mar and Abel were going through a hard time”

Along with Slaiby, Esmalian has helped the Weeknd out of bad business deals and created a strategy built on long-term success instead of fast, fleeting bucks.

They’ve also made sure that any deal the Weeknd signs involves keeping his original masters, which is the ultimate insurance policy for an artist.

This has paid off, so far. For Esmalian, perhaps no more so than with the fans.

“One of my favourite moments was during the middle of the pandemic, seeing kids on TikTok dancing to ‘Blinding Lights,’ ” Esmalian tells Billboard. “Just having fun with the people in their house and their families.”

All three men quickly saw that The Weeknd is a generational talent. However, it’s their bond based on friendship, trust and honesty that makes them an unstoppable combination.

“Us together — [what we’ve created] wouldn’t have happened without every single one of us in this room. All of the decisions I make, I don’t make without these three people here.”