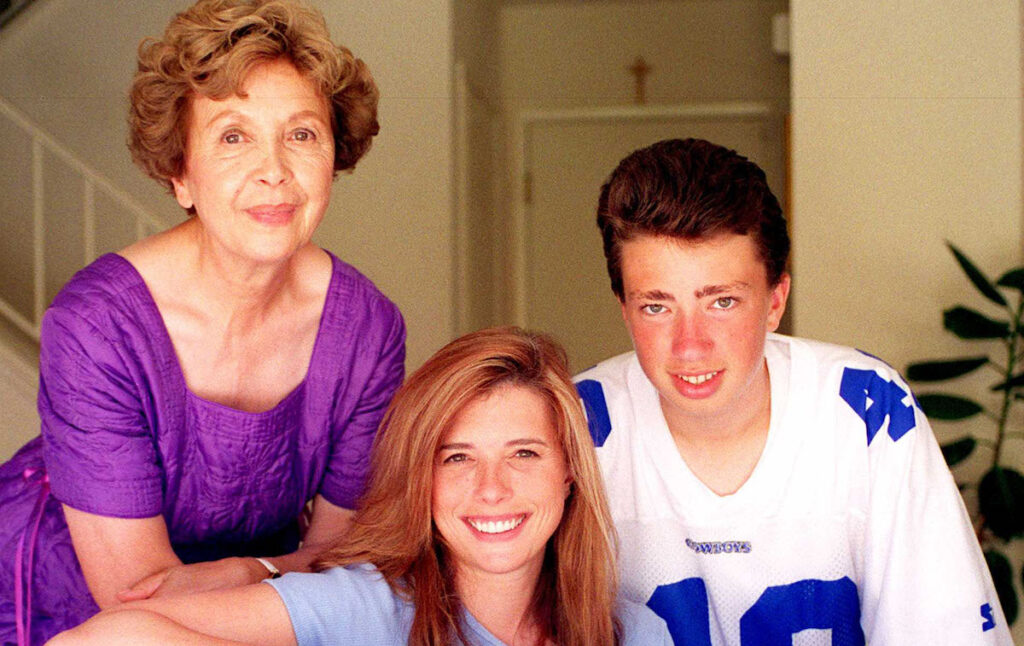 The man might be known for his dark, complex, and turbulent filmography, but Clint Eastwood’s personal life is nothing short of complicated in and of itself. In his 90 years, he has fathered eight children that we know of, including a secret daughter whose existence was only revealed over two years ago.

Most people assume that such a “macho” male figure as Clint would have hardly bothered to raise a child, much less eight. As per society’s norms, he could very well be the breadwinner, and no one would bat an eye. Though Clint may portray himself as the careless, riotous, and sullen man on screen, he actually managed to break more than a few expectations when it came to caring for his children.

To understand the man and his many motivations, it’s necessary to reflect on his journey of fatherhood — one that began nearly 70 years ago. No parent is perfect, and neither is Clint, but there are some positive attributes he’s demonstrated as a father. Despite his tumultuous career, the scandalous love affairs and divorces, and the PR nightmares, Clint Eastwood’s approach to fatherhood remained steadfast. So this begs the question: who are his children, and what kind of a relationship does he maintain with them today?

Who are Clint’s eight children?

Clint has always had a reputation for being a ladies’ man, and rightfully so: he’s been in nearly fifteen confirmed affairs and short-term romances, and he’s been married twice. He’s sired eight children over the course of 45 years, and at ninety, he’s dating again. In some sense, it’s hardly a surprise that he’s produced eight children, and those are only the ones we know of, so let’s get to know the Eastwood brood.

Clint Eastwood’s first marriage took place on December 19, 1953, to Maggie Johnson, but they didn’t welcome any children together until the late sixties. In fact, Clint’s first legally known child was Kimberley Eastwood, born after an affair with stuntwoman Roxanne Tunis. Kimberley’s birth certificate doesn’t list Clint as the father, and her existence was only made public in 1989 through a National Enquirer exposé. Kimberley is a make-up artist and film producer and has been married three times. Her most recent husband is actor Shawn Midkiff.

In the last sixties, Clint and Maggie decided to reunite following a trial separation, and this time, they wished to start a family. Their two children Kyle and Allison Eastwood were born in 1968 and 1972, respectively.

Both Kyle and Allison pursued careers in entertainment. Kyle turned out to be a successful jazz musician and has released nine albums since 1998. He also collaborates with his father and provides music to many of his movies, such as Mystic River, Million Dollar Baby, Invictus, and more. He’s been married to Cynthia Ramirez since 2014 — they were married at Clint’s Mission Ranch Hotel in California.

On the other hand, Allison tried her hand at acting, modeling, fashion, and, most recently, directing. She directed the romantic drama Battlecreek in 2017 and acted with her father in his 2018 film, The Mule.

Clint’s marriage to Maggie began dissoluting by the late seventies when Clint started cohabitating with actress Sondra Locke, who herself was married at the time. Clint and Maggie’s divorce was finalized in 1984, but Sondra never divorced her own husband. She had two abortions while living with Clint.

While living with Sondra, Clint had had another affair, this time with stewardess Jacelyn Reeves. The affair produced two children: Scott and Kathryn. Both were born as Reeves, not Eastwood; in their respective birth certificates, it was mentioned: “father declined.” Their identity was unknown to the world until the early 2000s.

Scott Eastwood is probably the most famous offspring of Clint; he’s done a handful of movies over the years, including hits like Snowden, The Fate of the Furious, and Pacific Rim: Uprising. He’s been romantically linked to a number of leading ladies, but he remains single as of January 2021.

Kathryn, meanwhile, had followed Scott’s lead in pursuing acting. She did movies like Jersey Boys and American Virus and even appeared as Miss Golden Globes at the Hollywood award ceremony.

Clint’s next child was born to actress Frances Fisher in 1993. Frances and Clint had acted together in his hit film Unforgiven, and, coincidentally, their daughter Francesca was born on the day of the film’s release. Francesca’s birth was the first time Clint had been present for the delivery of one of his children. Francesca also followed her father and her half-siblings into the entertainment industry.

She made her name in the reality show called Mrs. Eastwood & Company. She also acted in roles in television shows Twin Peaks and Fargo. Interestingly enough, she was briefly married to Jonah Hill’s older brother Jordan Feldstein. At the moment, she’s continuing to be in the spotlight as an influencer and social media personality.

Clint’s most recent child was the result of a relationship and marriage with television anchor Dina Ruiz. Clint went against his usual pattern of casual dating and got hitched to Dina on March 31, 1996. The couple has one daughter, Morgan, who was born in December of that year. There isn’t much information about Morgan, given that she’s still young, but she has occasionally appeared in her father’s films, namely Million Dollar Baby and Changeling.

Who is the secret daughter, and how did she find Clint?

For the longest period, the public had believed that Clint had only seven children. However, there was no stopping the rumors. So many allegations over Clint’s paternity have been lodged over the years. Though Clint has publicly denied the vast majority of these allegations, one bit of gossip was proven true when Clint’s secret daughter — his first child  — appeared during his premiere for The Mule.

Clint’s secret daughter, Laurie Murray, was born in 1954, making her the oldest child in the Eastwood brood. Laurie’s mother’s identity is unknown, who reportedly did not tell Clint that she was pregnant with his child. Seattle couple Clyde and Hellen Warren subsequently adopted Laurie.

Laurie tracked her father down 30 years before her public reveal. She had noticed that her birth paperwork had listed Clint Eastwood as the father, so she was determined to connect with him. She hadn’t had the best upbringing, and therefore Clint was highly considerate of her situation. Over the years, Clint has not only gotten close to his long-lost daughter but her kids, as well. Laurie’s daughter Kelsey held her wedding at Clint’s ranch, and Laurie has been spotted with the Eastwood family members numerous times in the last 15 years. Laurie’s son has also attested to Clint’s affections for his mother and their family.

Despite his busy career, he always “made time” for his brood

Any parent will tell you that it takes a village to raise a child. But how do you even begin to approach eight children?

Clint Eastwood may have been the busiest man in Hollywood for a long time, but he always made sure to give his children as much stability and time as he could. In an interview, Allison said that her dad was a “laid-back” guy for the most part, but he always cleared up his schedule for his kids.

My parents split up when I was pretty young, but he always made time for us, even when he was working […] Clint loves them all.

Scott Eastwood also sang praises of his father and admitted that he’d drilled so many good-natured values into him.

My father’s definitely old-school. And he raised me with integrity—to be places on time, show up, and work hard.

Clint Eastwood’s long and prolific life is a tough one to unpack in its entirety. He’s made bad decisions, been unfaithful, made mockeries out of his marriages, and neglected responsibilities. But he’s also learned to appreciate and spend time with his children despite everything that had happened in the past. He could have been estranged from all his eight children, given the state of some of his relationships. But he’s always done his best to maintain relations with them, even the secret daughter he had no idea even existed.

We’re all going to find ourselves in less-than-ideal circumstances, many of which will be the result of our own mistakes. The only thing we can do to mitigate the hurt and the pain is to make the best of the situation and rally all forces to achieve the best outcome. There’s always a best outcome, whether we know it or not, so our job is to find the bright side and make a go for it.