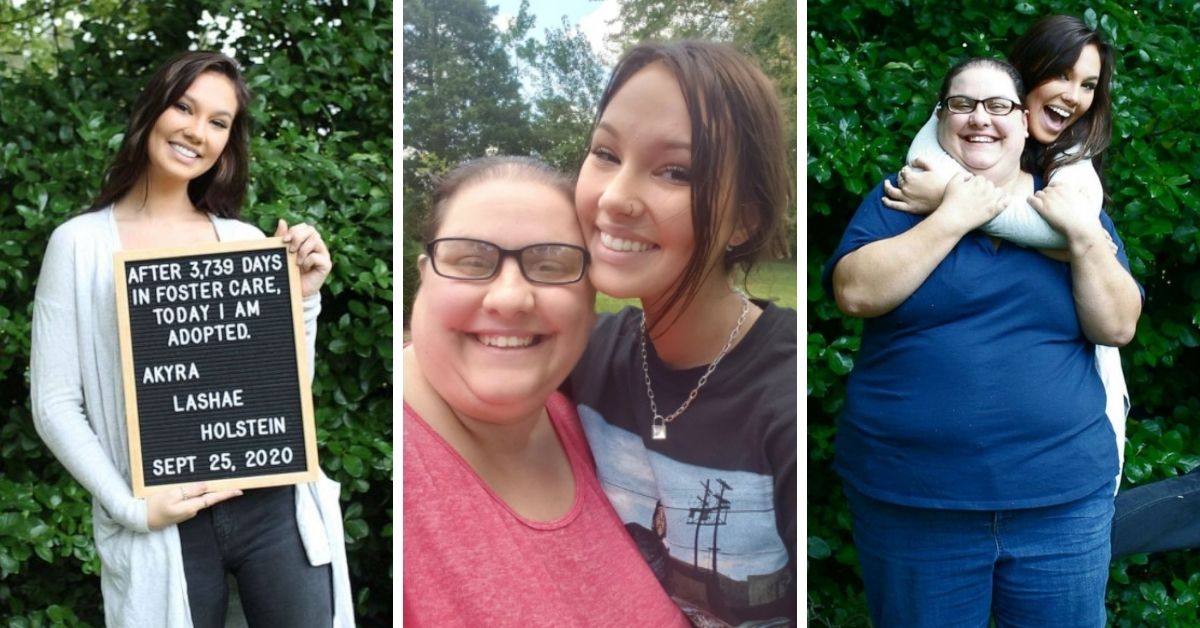 Sometimes the foster care system can seem exceedingly unfair, especially for older infants and teenager, who are perceived to be less appealing to adoptive parents as opposed to their younger counterparts.

Yet, for one 17-year-old, even spending a decade in the foster care system didn’t mean all was lost. Yes, after 3,739 days stranded in the system, Akyra Holstein was finally adopted, finding a home that was meant to be hers forever.

Her new mother loved her resilience

Akyra Holstein was adopted on September 25th 2020, in Kentucky by Katie Holstein. She had spent 3,739 days in foster care and had gone through 24 different placements. Understandably, that can take a toll on any child.

“The thing I love about her most is how resilient she is,” Katie Holstein told Good Morning America.

Even though she’s been in foster care for so long only to be disappointed, she took a chance on me and my family and let herself be loved again.

Katie has been fostering children since August 2017. She’s also partnered with other foster parents in doing respite care, which means taking in foster kids on a short-term basis.

“Then she came again in March 2020 for the last time, and she stayed,” Katie said. That’s when she knew Akyra was meant to be a part of her family.

She’d been here for a couple months at that point and I couldn’t imagine her not be here.

Katie expanded her family by two

Katie was already fostering a few children when she began the adoption process for Akyra. One of her other protégées, a baby named Thomas, also ended up becoming part of her family.

“He was 6 days old and spent a little time in the NICU,” Katie said, adding that she nicknamed Thomas “Tiny.”

When he came to me he was itty bitty and it kind of stuck.

Katie adopted both Akyra and 1-year-old Thomas on the same day via Zoom. Extended family and friends were all on Zoom to watch the magical moment happening.

A bright future ahead

While Katie and Akyra are the both heroes in their respective way, there is a third important actor in the teenager’s happy ending: her case worker. As Katie says, she never gave up on Akyra.

She would walk through fire for that kid. I firmly believe Akyra is as strong as she is because she had her in her corner.

Akyra will graduate high school in May, after which she wants to go away and prepare for a career in law enforcement. After all this time she spent in the system, Katie offered her the home she deserved to look forward to a brighter future.

Never underestimate what you can do for others. Yes, Akyra was adopted at a late age, but Katie was able to provide her with a fresh start, so she could pursue her goals from a better starting point.