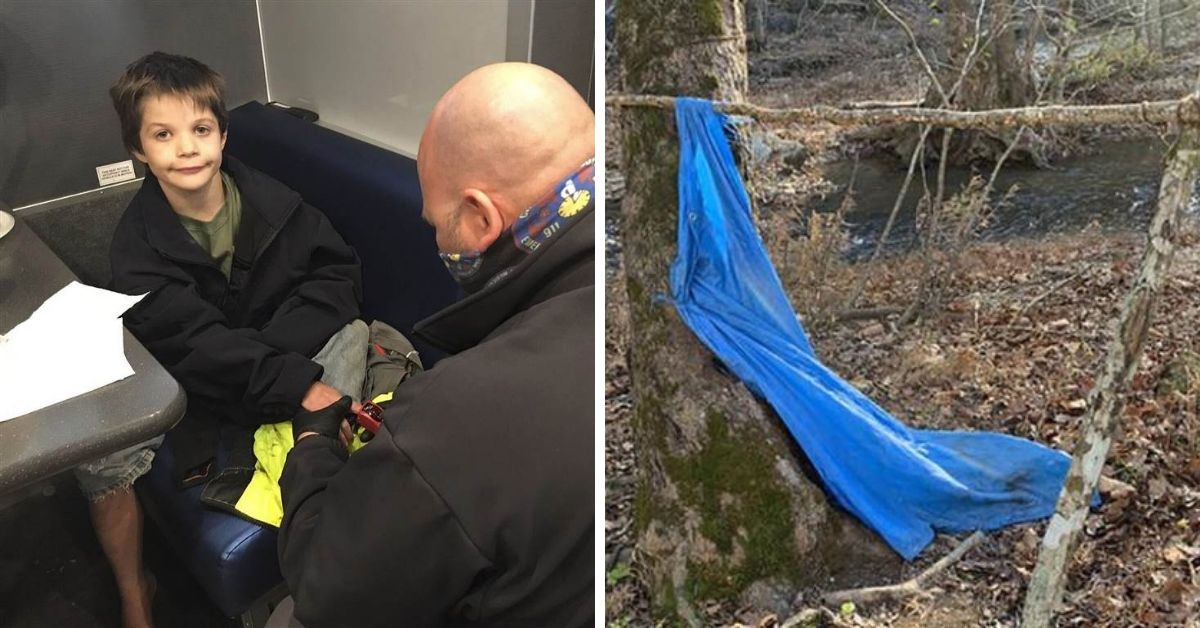 There’s nothing scarier to a parent than when their child goes missing or is in danger. This is what happened to 9-year-old Jordan Gorman. When he was declared missing, many feared the worst. But then, in an incredible twist, he was found alive!

He ran away from home

Jordan’s misadventure all started when he ran away from home after an argument with his family. His home was in Ashland City, 30 minutes northwest of Nashville, NBC affiliate WSMV News4 reported.

While TBI sent out an Endangered Child Alert on Sunday, it soon became an Amber Alert on Monday afternoon. Thankfully, the suspense did not last long. Jordan was found the next afternoon by the Christian County Rescue Team.

When Jordan was found, he was safe and healthy, but wearing no jacket or shoes. He had been in the woods alone for three days.

“Cold and hungry, but otherwise in pretty good spirits!” TBI said in a tweet on Tuesday. “Good to see you, Jordan!”

His resourcefulness saved his life

A search crew member told the TV affiliate they almost missed the boy until they came upon a blue tarp in the heavily wooded area.

Jordan had been resourceful. He had made a shelter out of the tarp and hid under it. He hadn’t even wandered that far; the whole time, he was three-quarters of a mile away from his home in Cheatham County, Tennessee, the Tennessee Bureau of Investigation said.

“As I got close to the tarp and noticed there was a mass in it, naturally the worst was going through my head initially until the tarp moved,” Mathew Reese said.

It was just the biggest holy crap, I got him.

The rescuers poured their heart and soul into finding him

According to the rescue workers, they were going to stop at
nothing to find Jordan because they themselves were also fathers.

“That’s what makes you drive to get out there and find him,” Logan Fryar, a Christian County Rescue Team member, said.

His father was relieved and impressed

Jordan was checked out by doctors after spending two nights in the woods at cold temperatures.

Jordan’s father, Aaron Hatt, told News4 that his son has autism and he had been living with his two siblings and fosters parents. When he was told of his son’s disappearance, Aaron was in shock. He said his son never left his sister Jocelyn.

It’s been below normal temperatures in the Nashville area the last few days, hitting as low as 20 degrees as night, making Jordan very lucky to have done as well as he did.

Aaron was shocked at his son’s tenacity. “He’s always just been really resilient and an explorer type but to be standing for two days with no jacket no shoes no socks,” Hatt said. “It’s just crazy.”

Jordan’s resourcefulness is nothing short of impressive. A story that could have taken a dramatic turn has a good ending, thanks to the rescuers and the resilience of a 9-year-old boy.