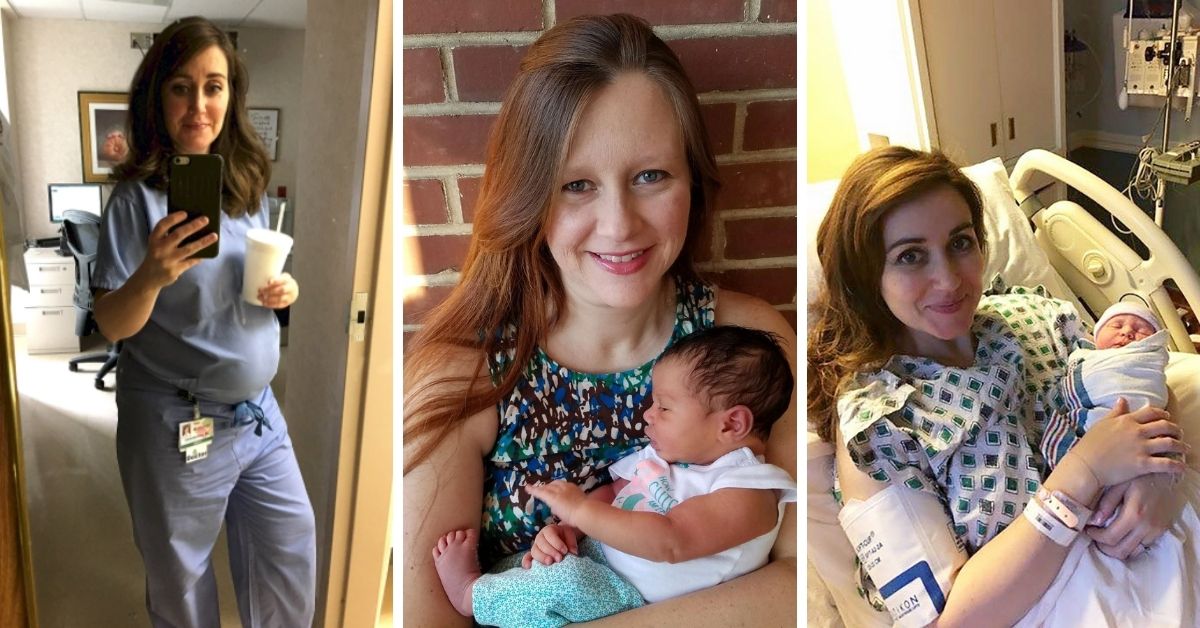 Doctors are never truly are “off duty.” Wherever they are out whether it at a dinner, on a plane or on vacation, if they are needed, they will spring into action. Lately, Dr. Amanda Hess really took it to the next level, when she put her own delivery on hold to deliver another woman’s baby.

She put her patient before her

While Dr. Hess had examined Halliday Johnson at Women’s Care of the Blue Grass during her pregnancy, she was not her regular doctor.

I saw her three or four times, and I liked her a lot. She wasn’t supposed to be on call since she was having a baby herself.

But things worked out differently. The two women’s babies had plans of their own. Dr. Hess was in the process of inducing her birth at Frankfort Regional Medical Center when she overheard Halliday Johnson preparing to deliver, according to a Facebook post by Dr. Hala Sabry, who founded the nonprofit Physician Moms Group.

Amanda stopped everything and ran to her patient

When Dr. Hess heard that Halliday’s baby was in distress, she jumped in to help. She got right into work, according to NBC News affiliate WLEX-18, even though she was wearing a hospital gown!

I said you know, I’m not on call, I’m here in a gown, but I think we ought to have the baby.

Halliday had no idea that Dr. Hess was in labor, because she was so incredibly professional throughout the labor.

“She was definitely in doctor mode,” Halliday Johnson said. “My husband noticed something was going on because she had on a hospital gown, but I didn’t notice that because I was on the delivery table. I was in my own world there.”

From one baby to the next

Dr. Hess said she had actually planned to work until late into her pregnancy, but even she couldn’t have predicted HOW late. Her contractions began just a few minutes after she delivered Halliday’s baby.

I had actually taken a call the day before, so I thought really that I was working up to the last minute. But this was literally ’til the last second.

Halliday is immensely thankful for Dr. Hess, whom she considers an example to her little girl.

“She’s definitely earned her time off,” Halliday Johnson said. “I appreciate what she did for my family, and it speaks a lot to who she is as a woman and a mother as well as a doctor. It makes you feel better, bringing a baby girl into the world, knowing there are women like her willing to step up like that.”

As for Dr. Hess, she feels that it was the easiest thing to do.

Delivering other peoples’ babies is something I do every day. And I’m more comfortable with delivering someone else’s baby than my own, for sure.M

If You’re Struggling To Achieve Success In Life, Read This
40 Reasons You’re Amazing and Worth Appreciating
You Won’t Find The Rainbow If You’re Always Chasing Storms
People Who Achieve Their Dreams All Share This One Trait, According to Billionaire Sara Blakely
1/3 of Canadians report gaining weight during coronavirus: poll